I’ve been rehabilitated. Educated. Learned! Yes, this old dog has learned a new trick. And I have my son to thank.

While discussing a particular sentence he wrote in an application for graduate school, I pointed out he could ‘drop that comma after the second item in the list, just before the and’…

“It isn’t necessary and it will bring down your character count,” I told him.

“But it isn’t necessary,” I returned.

“The Oxford Comma, not necessary?” he batted back.

I immediately ran for Strunk and White as I have never heard of this Oxford Comma. Well, there is this thing, the serial comma, that my beloved and rather old edition of Strunk and White mentions. 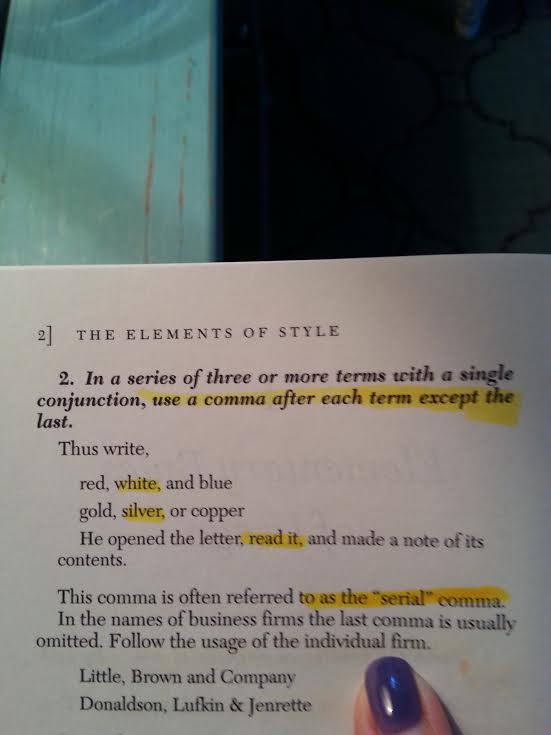 And in my own hand I’ve outlined the paragraph indicating its use. So, at some point I knew to use this serial comma but forgot…or chose not to?

I swear I learned (waayyy back) in my english classes this comma was not necessary or it was a choice but after much reading online about its use, I get it.

Who giv es a f*&@ about an Oxford Comma? Well, obviously my son does and now so do I!