Whoever coined the phrase ‘what a difference a day makes’ obviously spoke these words in spring, in the south, and I bet following several cool, gloomy, rainy days. In my neck of the woods, lilacs are blooming, birds are nesting, and the periwinkle sky left clouds off the invitation list making it an absolutely perfect day to be outside. On my way home from the gym I took a slight detour into the Ivy Creek Natural Area to quickly check if dogs were allowed within. I thought I could later take my old girl, Emmy, for a gentle stroll along the nicely laid paths where she might explore scents and nature different from her own backyard.

Sadly, I discovered signage indicating no dogs allowed so I owe her an excursion in our neighboring woods. I did get out of my car at Ivy Creek, phone in hand, to capture a few interesting doors waiting at the top of the trails. 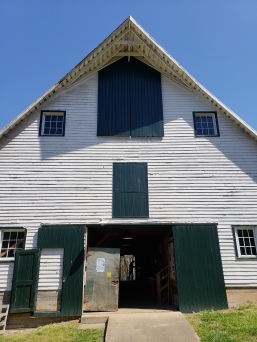 The front of the large barn on the Ivy creek property.

The following are the various green barn doors from above. 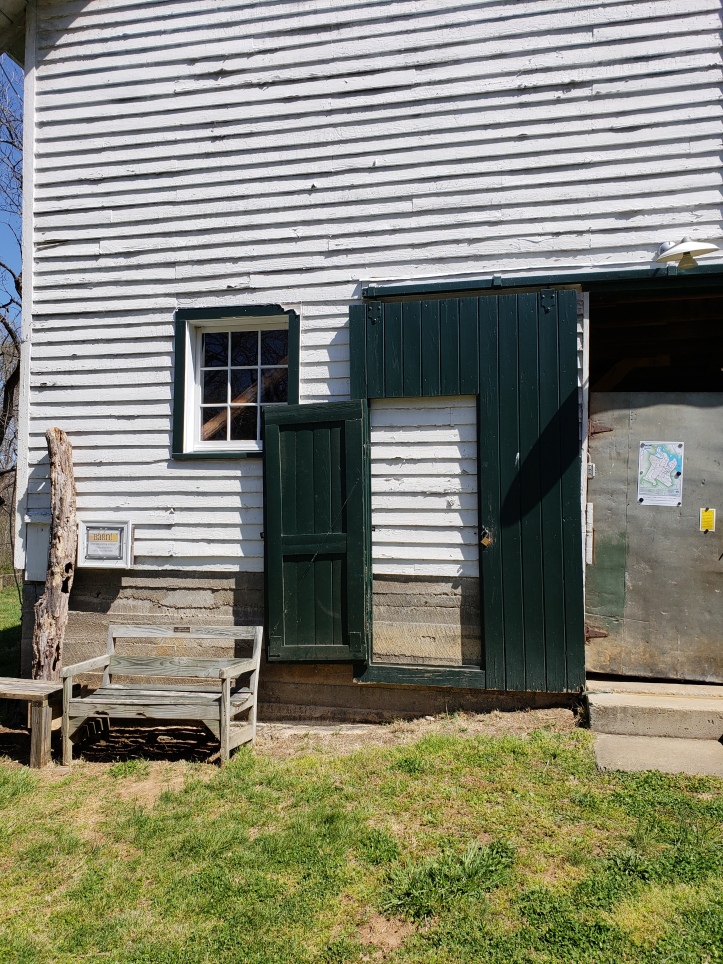 One of several animal stalls within the barn.

Now it’s time to click over to Norm’s Thursday Doors (I’m a day late!) but it is never too late to tour the world of interesting doors served up by bloggers who, like me, never met a door they didn’t photograph! Until next time….

Taking the camera for a walk!!!

Thoughts Of An E'ville Woman

Every book has a story - within in, and about it.

Knows a lot & wants to learn a lot more

songs unheard by the poet next door

My streams of thought meet here

To participate in the Ragtag Daily Prompt, create a Pingback to your post, or copy and paste the link to your post into the comments. And while you’re there, why not check out some of the other posts too!

Have Stethoscope, Will Travel

“The most we can do is to write — intelligently, creatively, critically, evocatively — about what it is like living in the world at this time.” Oliver Sacks

Square Cop In A Round World

We the People Shall Rise

Poetry and Life of an Irrelevant Girl
Matthew Richardson

Published in Gold Dust magazine, Literally Stories, Near to the Knuckle, McStorytellers, Penny Shorts, Soft Cartel, Whatever Keeps the Lights On, and Shooter magazine.

learning, growing, and learning more -- life on the Olympic Peninsula

my humanity in written form

Song of the Orchids

Have Bag, Will Travel
My Camera & I

This blog is my creative outlet where I can share my photos and a bit of myself.

Marla on the Move

adventures of a francophile

View from the Back

The ramblings of a retiree who cycles and cooks in France

Less is not enough.

My thoughts about homeschooling, health and fitness, being an expat, kids and just life in general. My personal Lifestyle Blog!

Blessed with a Star on the Forehead

As I navigate through this life ...

...out of a digital shoebox

Enjoying life and the empty nest while easing into retirement,

Collection of Thoughts to Change Our Health by Nutrition Alone

From soul to soul

Poetry that purrs. It's reowr because the cat said so.

Photos, art - and a little bit of LIT.

But I Smile Anyway...

Musings and memories, words and wisdom... of a working family woman

And then I stop and sit and eat.

Tales, Thoughts + Tribulations of a Free Spirit in Suburbia

Paris and France by Oliver Gee

Out and about with UK photographer PHOTOPHILE (HelenBushe)